Does An Apple A Day Really Keep The Doctor Away? 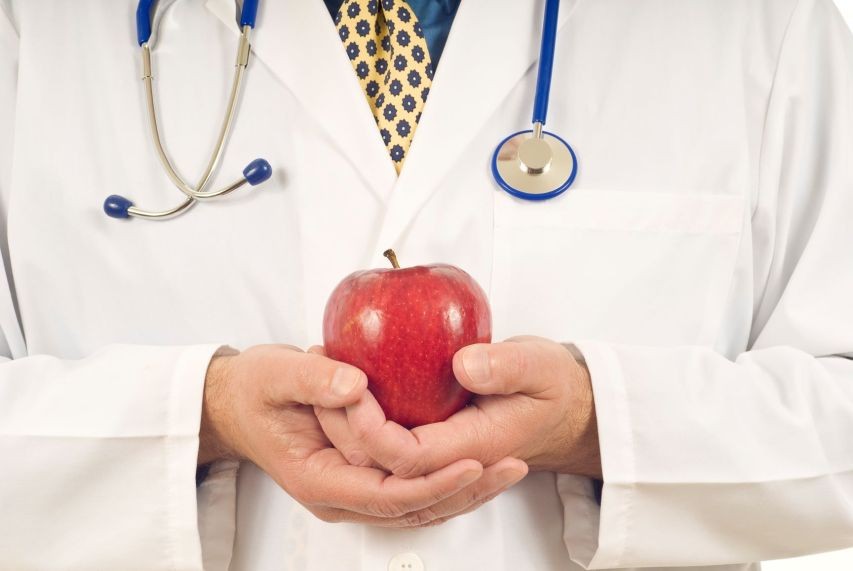 Does an apple a day really keep the doctor away? That's a public health message that's been around since 1866, but is it true? You don't know until you put it to the test. The "Association Between Apple Consumption and Physician Visits," published in the AMA's internal medicine journal. Objective: To examine the relationship between eating an apple a day and keeping the doctor away. Promoted by the lay media and powerful special interest groups, including the US Apple Association, so powerful that Big Apple recently spent a whopping $7,000 lobbying politicians? The beneficial effects of apple consumption may include a facilitation of weight loss, protection of the brain, cancer suppression, a reduction in asthma symptoms, improved cardiovascular health.

So, apple consumers ought to require less medical care, right? "Although some may jest, considering the relatively low cost of apples, a prescription for apple consumption could potentially reduce national health care spending if the aphorism holds true." So, they compared daily apple eaters to non-apple eaters, and asked if they had been to the doctor in the last year, been hospitalized, seen a shrink or took a prescription medication within the last month. 8,000 individuals surveyed and only about 1 out of 10 reported eating an apple over the last 24 hours, and the evidence does not support that an apple a day keeps the doctor away. So, maybe it takes more than an apple a day.

Maybe we need to center our whole diet around plant foods. However, the small fraction of US adults who eat an apple a day do appear to use fewer prescription medications. So, maybe the proverb should be updated to clarify that, if anything, apple eating may help keep the pharmacist away. But, hey, based on the average medical prescription cost, the difference in annual prescription medication cost per capita between apple eaters and non-apple eaters could be hundreds of dollars. So, if all US adults were apple eaters, we could save nearly $50 billion. Of course, if you factor in the cost of the apples themselves, we'd only get a net savings of like $19 billion.

If this all seems a bit tongue-in-cheek apple polishing, you'll note this was published suspiciously close to April Fool's day. And, indeed, this was in the tradition of the British Medical Journal's annual Christmas issue that features scientifically rigorous yet light-hearted research, which itself took on the apple issue to model the effects on stroke and heart attack mortality of all older adults being prescribed either a cholesterol-lowering statin drug or an apple a day. Basically, they took studies like this where you see this nice dose response where the more fruit you eat, the lower your stroke risk appears to fall— and similar data for heart disease— compared to the known drug effect, and concluded that prescribing an apple a day is likely to have a similar effect on population stroke and heart attack mortality as giving everyone statin drugs instead.

And, hey, apples only have good side effects. Choosing apples rather than statins may avoid more than a thousand excess cases of muscle damage, and more than 12,000 excess diabetes diagnoses, because statins increase the risk of diabetes. And this was in the UK. I mean here in the US, one would expect five times those numbers, though ironically, the cost of apples is likely to be greater than those of statin drugs. I mean like Generic Lipitor is like 20 cents a day. So, yes, with similar reductions in mortality, the 150-year-old health promotion message of an apple a day is able to match modern medicine and is likely to have fewer side effects. But apples are a few pennies a day more expensive, not to mention the increased time and difficulty associated with consuming an apple compared to a statin.

This was just some food for thought brought to you by Discover Health and Wellness Uptown. So please sign up to our newsletter or give us a call regarding our New Patient Special!

When you subscribe to the blog, we will send you an e-mail when there are new updates on the site so you wouldn't miss them.

Does Chiropractic Relieve Stress?
Exercise, Stress, and the Brain

What To Do After A Car Accident

What Are The Risks and Side Effects Of Chiropractic?