No Quick Fix: Opioids Ineffective for Lower Back Pain 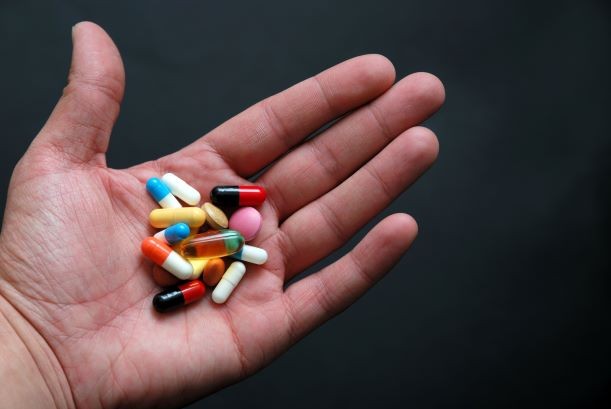 Although the drugs can have some short-term effects, opioid-based painkillers such as oxycodone and Percocet have largely minimal effects on chronic lower back pain unrelated to other injuries, according to researchers. The causes for lower back pain not linked to an injury or other condition can be difficult to determine, according to doctors, and the evidence that opioid drugs, or any others, alleviate symptoms of the condition is weak at best.

Lower back pain is the leading cause of disability worldwide. Although guidelines encourage prescribing simple analgesics, such as paracetamol or NSAIDs, many people with low back pain are prescribed opioids.
In the United States, researchers found more than half of people regularly treated with prescription opioid analgesics have chronic low back pain. In Australia, the three most commonly prescribed drugs for the condition are opioid analgesics or opioid analgesic combinations: oxycodone (11.7%), tramadol (8.2%), and paracetamol and codeine combination (12.1%).

The analysis, in JAMA Internal Medicine, pooled data from 20 high-quality randomized controlled trials that included 7,295 participants. The studies tested various narcotics; most of the studies were funded by pharmaceutical companies. Seventeen of the studies compared the opioid with a placebo, and three compared two opioids with each other. None had a follow-up longer than 12 weeks.

The drugs relieved pain slightly, but the effects were not clinically significant, and the medicines did little to improve disability. There was some evidence that larger doses worked better, but most trials had high dropout rates, some up to 75 percent, because of adverse side effects or inefficacy. Measured on a 100-point scale, the magnitude of relief did not reach the 20-point level the researchers defined as clinically effective, little different from Nsaids like aspirin.

In addition, the U.S. Centers for Disease Control changed its recommendations for opioid drugs earlier this year, suggesting chronic pain patients are at higher risk to develop a dependence on the drugs while their conditions are unaffected. The agency also cited a lack of long-term studies on the drugs examining their positive or negative effects, posing a potential concern for patients with chronic conditions.

Researchers in the new study, as well as CDC scientists, suggest pairing opioid drugs on a short-term basis with other forms of pain management, including chiropractic and non-pharmaceutical therapies, if opioids are to be used at all. Overall, the studies showed opioids can benefit chronic low back pain patients on a short-term basis, but that even at doses much higher than recommended the benefits are moderate.

With eight of 10 people who abuse painkillers saying they do so for pain management, and a strong link already established between chronic pain treatment and prescription drug abuse, researchers say finding other, more effective methods of treatment is warranted.

When you subscribe to the blog, we will send you an e-mail when there are new updates on the site so you wouldn't miss them.

Are You Getting Enough Sleep?
Take A Deep Breath – Stress and Degenerative Disea...

Is Sitting Around Really Bad For You?

Get Better Sleep This Spring

Chiropractic Treatment for Neck Pain: What to Expect